@Home wanted to create excitement during the week leading up to Black Friday, offering their fans an opportunity to receive exclusive deals before anyone else.

They released a teaser campaign titled “Your VIP pass to shop Black Friday. Be the first.” The focus of the campaign was to acquire new subscribers, with a follow-up promotional email sent to those who had converted.

@Home launched their social media teaser campaigns where they collected email addresses for each sign-up received. Shortly after that these new subscribers received an email, granting them a VIP status, to shop for Black Friday deals 6 hours before they were released to the public.

The teaser campaign pulled in approximately 5 000 email addresses. The email campaign that followed achieved a click-through-rate of over 8% which is double the CTR the retail industry saw in our last Email Benchmarks Report, and triple of what E-commerce saw.

The VIP shopping experience increased sales by 110% on the day of trade.

There were several reasons that this campaign was successful, but one of the main factors was it being built around an exclusive shopping experience for a limited amount of time which not only created excitement but also drove a sense of urgency. 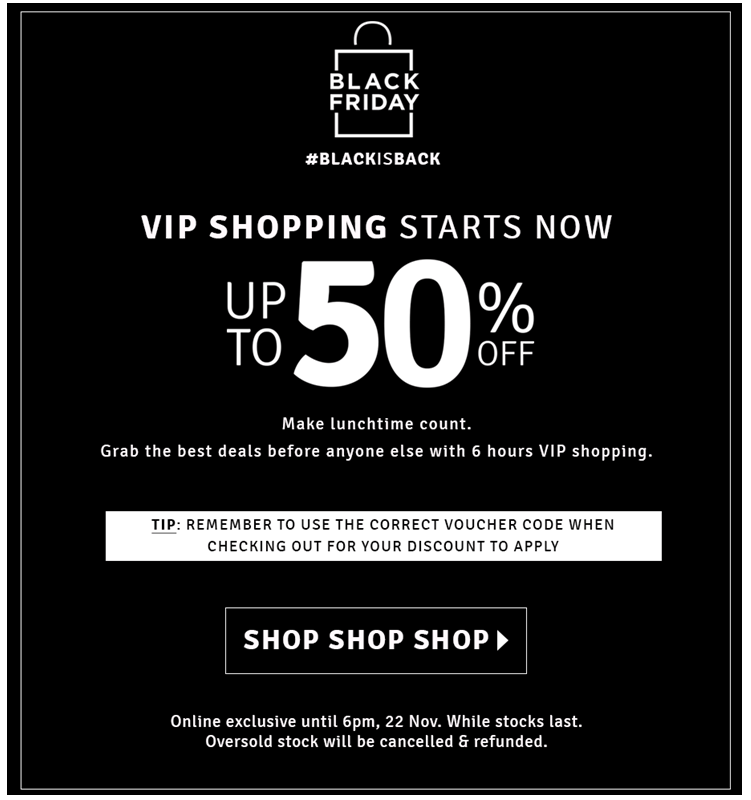 TFG’s turnover soared to R432million on Black Friday, double last year’s results and more than 50% higher than they had anticipated.