According to Seth Godin, a serial entrepreneur, blogger, and world-renowned digital marketer, “Content marketing is the only marketing left”. Content Marketing Institute says that this is because “…giving your customers the resources to believe you is new marketing.”

But have you ever wondered how we got to this point? Content wasn’t always considered king, was it? And how did it evolve to where it is today? Positive, a digital marketing agency from the UK breaks it down excellently in their article, The Evolution of Content Marketing. Here’s a summary of what they say: 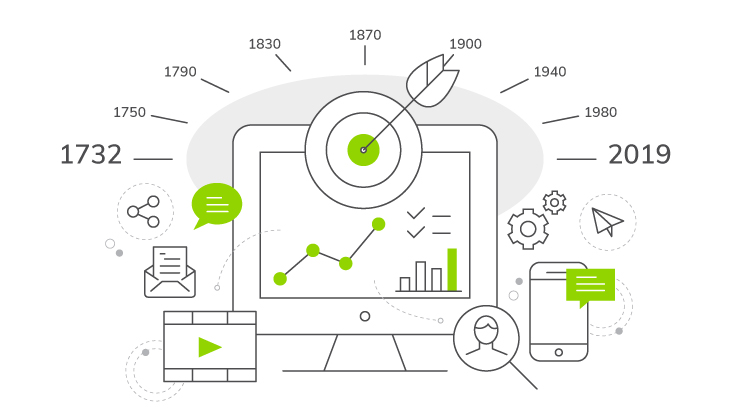 Benjamin Franklin started publishing Poor Richard’s Almanack in 1732 to promote his printing business and The Edison Electric Lighting Company Bulletin was published in 1882. Other initiatives, like the Michelin Guide, published initially in 1900, are still around today. 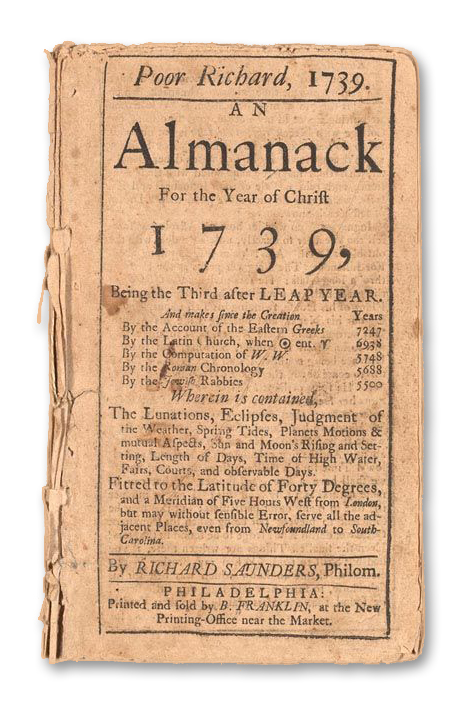 This is when outbound branded advertising took the lead on radio, magazines, and television. Businesses spoke about themselves and touted their offerings as the best without strictly considering their audience’s interests.

When the internet was made publicly available in the 90s, most people didn’t know what it was. Mosaic, one of the first browsers, helped make the internet mainstream.

In the early 90s, Cox Media Group reveals that content marketing was slow, except for one exception: the indie film The Blair Witch Project. They explain that, “…a number of fictional “conspiracy” websites regarding plot points led to big box office numbers for Artisan Entertainment and essentially invented the framework for what we now know as viral content, which is still used by marketers today.”

In 1993, the first e-book was published by O’Reilly & Associates; the creators of the first commercial website. The e-book was a guide to the internet and paved the way for businesses to create content and publish it online.

Content marketing officially came about in 1998 when Microsoft launched the first major corporate blog and blogging became mainstream the following year when Blogger was launched. Today, blogging is a powerful way of building relationships with customers. 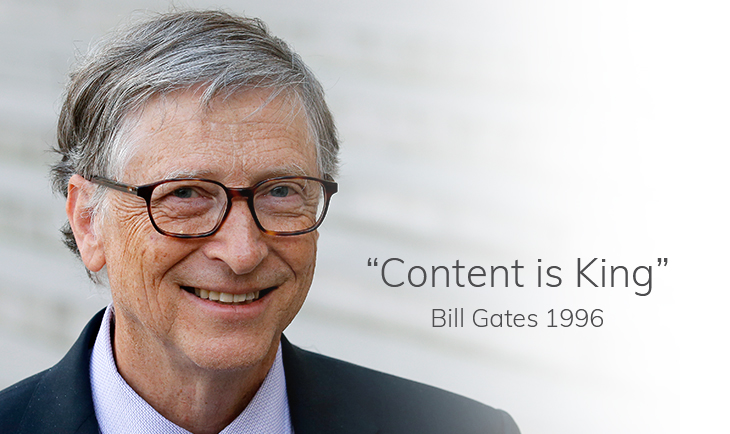 At this stage, there was more content being produced than ever before. It was largely text-based, and writers found it difficult to address the needs of their audience. ‘How to’ articles started appearing in the early 2000s, quickly boosting the credibility of bloggers’ opinions.

This was also the decade when social media started taking over. MySpace was one of the earliest platforms, with Facebook taking over after it launched in 2004. The traditional relationship with television and video-based content also evolved in the 2000s with the launch of YouTube – now recognised as the second largest search engine in the world.

Today, knowing your audience and speaking to their needs is the first rule of marketing. How-to articles are still a priceless resource as they often tie well into what people are searching for online anyway. And social media is a place for people all over the world to connect with each other and their audiences – businesses included. 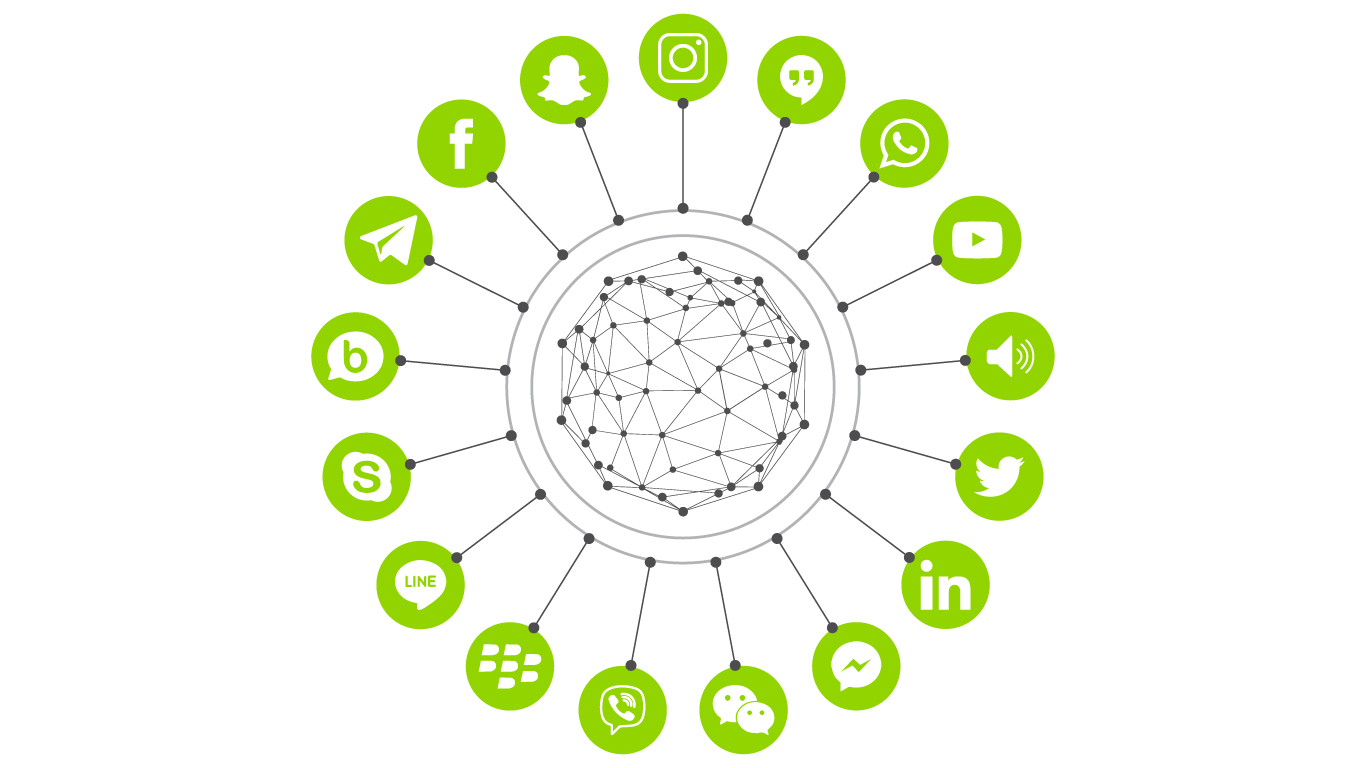 Even though social media was born in the 2000s, it wasn’t until the following decade that it boomed, and everyone got on the content-marketing bandwagon. This has resulted in an enormous amount of content being generated daily and an increasing need for marketers to find ways to cut through the noise. This is why relevance is so critical in content marketing today.

According to Cox Media Group, Facebook had more than 600 million monthly users in 2010, but just three years later, that figure doubled.

In 2012, Google’s Penguin algorithm threw in a new complication: to rank well in search, businesses had to publish quality content that their audiences would want to share – which resulted in a surge of infographics. In fact, the number of people searching for the term ‘infographic’ increased by 800%!

As the market becomes more saturated, so content marketing continues to expand and evolve. Quality content is more important than ever as attention spans get shorter and Google algorithms adapt to give readers the best information available. A big focus now and going forward will be on integration between channels and creating interactive, personalised spaces for people to engage with the brands that resonate with their personal identities.

Wherever you are on your content marketing journey, we’ve got the tools that enable you to share personalised communications with your customers via email, SMS, and voice – getting more traction from your content using the channels that best suit you, your clients, and your message.

Get byte-sized digital-marketing tips and research in your inbox every month.

Not Ready To Chat?

These three emails will:

x
This site uses cookies. Find out more. Okay, thanks
Go to Top